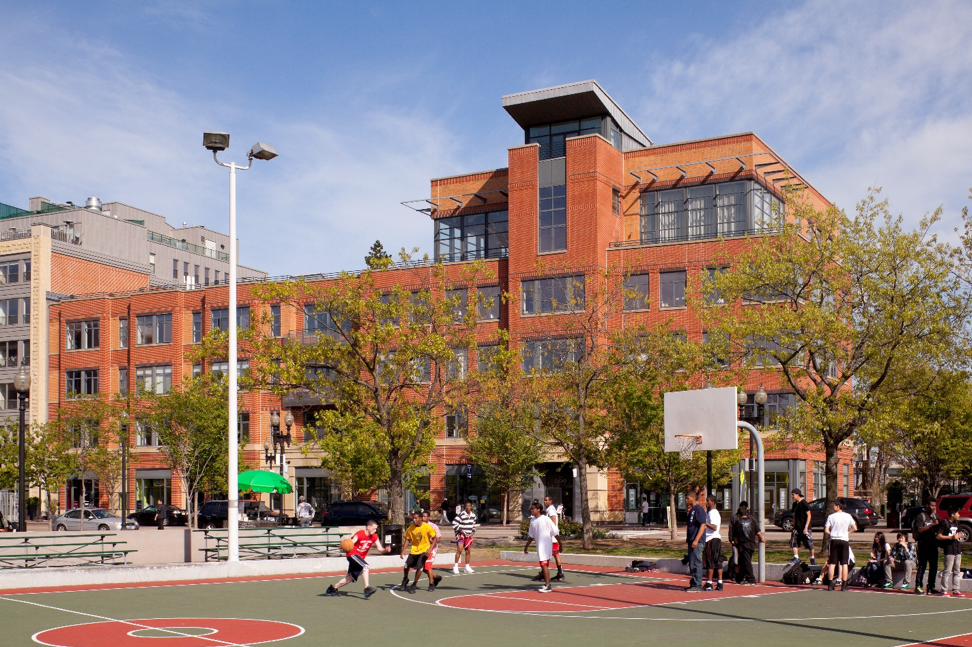 Laconia Lofts: Art, Architecture + The South End, curated by Hacin + Associates, simulates a journey back in time through the 1990s revitalization of the South End’s Washington Street corridor and the inception of Laconia Lofts, the first, entirely new construction of subsidized live-work artist space in the country since the early 20th century. In both space and time, the building exists at a point of transition. Developer Jack McLaughlin championed the idea of creating an affordable haven for local artists to live comfortably and foster their craft, a design construct that didn’t yet exist in the neighborhood. Positioned between the South End Landmark District of brick Victorian townhouses and the SoWA District of warehouse lofts, Laconia’s design is meant to represent the rebirth of the South End, drawing inspiration from both areas, but with a modern expression.

This 20th anniversary retrospective honors the vision of a hopeful developer, celebrates an integral segment of present-day Washington Street, and looks ahead optimistically at the possibilities that abound for the Laconia community in the next two decades.

“I am so pleased to be celebrating 20 years of living at Laconia Lofts, a project that played an important role in the evolution of this neighborhood and helped launch our firm. Here’s to the next 20!”

H+A is a multi-disciplinary architecture + design studio located in Boston’s South End neighborhood. Since its founding in 1993, H+A’s dedicated team of design professionals has built a broad portfolio of projects that have received regional, national, and international recognition. The firm brings together diverse professional and educational backgrounds and interests and our portfolio includes work at all scales. Our services include architecture and interior design; graphic design and branding; adaptive reuse and historic preservation; planning, feasibility studies, and urban design. H+A’s work in these areas has won prestigious local and national awards from the BSA, IIDA, and others and has appeared in publications around the world including Architectural Record, Interior Design, Interiors, Fast Company, Metropolis, and many more.